People frequently ask me why I shoot film when shooting digital is ‘easier’. Granted digital is easier; it’s cheaper, well actually it’s free if you don’t count the cost of editing images, you can instantly see your images and delete any you aren’t happy with. On paper it does seem the better option and don’t get me wrong, there are situations when grabbing my digital camera rather than my film camera works best for me. However, I just love the look of an image shot on film ten times to that of a digital. The colours are richer, the slight grainy look gives it a nostalgic, romantic appearance, the light is just beautiful and has a lovely warm feeling that makes you go all fuzzy. Basically I think film is just stunning.

On a recent mini-break with friends I took some photos of my friend Hannah and her husband Jimmy wandering through a pretty garden in a country estate. Once back from the lab (which I will get to in a sec!) and published on Facebook, Hannah’s comment was “beautiful, it looks all hazy and summery; exactly how I remember it” and that is the main reason why film is just lush- it captures a moment in time perfectly.

My adventure with film started in Art college, but it’s a very distant memory of dark rooms, chemicals, and very grainy black and white photos that did nothing to wow me. I experimented a bit more in the dark room at uni but again, wasn’t really impressed by the results I was getting. I do love being in the darkroom though, it’s like a little secret world where magic happens. Like Narnia! It’s ten years later and I am teaching Photography in Swindon and I still love the magic of the darkroom. I love teaching my students how to develop their own film, enlarge their photos and watch as they place the photographic paper in the tray of developer and their image appears after a few seconds.

But only this year have I discovered my love for colour film photography. After reading this book I was completely inspired and desperate to start shooting with film again. I borrowed a Canon AE-1 that was donated to college complete with vintage leather case, and bought a roll of Kodak Superior and off I went, and it was a lot harder than I expected. Firstly, in an age of iPhones and digital cameras it was really weird not being able to see the photos. I found myself looking eagerly at the back of the camera!! I had to rely on my knowledge of ISO, aperture and shutter speed to suss out the correct exposure and hope for the best. Secondly, the Canon AE-1 has manual focus which with my dodgy eye sight was interesting to say the least!! But nevertheless I just loved the experience and was so careful not to waste my 36 exposures, which is another thing I love about film- I don’t waste photos. How many of us are guilty of taking about 5 photos of the same thing ‘just in case’. I do it all the time on my iPhone. Not with film. You have to actually use your brain too which is refreshing! Here is the lovely Canon AE-1 and a couple of photos shot on it:

After a bit of research I invested in my first film camera, a Canon 1V. I am still getting to know her (yes I’m one of those sad people who refer to their cameras as people!!) but so far I am impressed and I just adore the results. I am also enjoying experimenting with different film, so far Fuji 400h is my fave.

Nowadays it isn’t as straightforward as dropping your film into a high street store for developing. I use UK Film lab to develop my photos, but there are loads of others that I will get around to trying as each give different results. I send off the film and 10 days later I receive digital scans straight into my inbox with feedback from the lab on my photos. Lovely jubbly! Here are a few taken on my Canon 1V of the lovely Louise and Derek.

As I send more and more film off for developing I am becoming more confident shooting with film and I love the photos I am creating. I hope you do too! Please leave a comment below and come back soon to see my adventure with film continue. 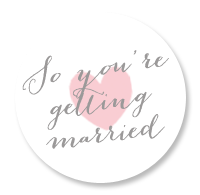 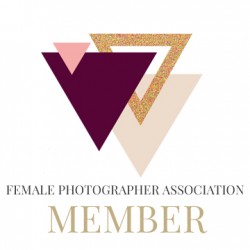